The Wheel House is a live performance in which two acrobatic performers entertain audiences with the slow-paced rolling travel of their mobile home. The interior space of the circular home is designed to look just like a normal house, with doors, windows, curtains, pots and pans, and even a bed. The project is produced by Acrojou Circus Theatre, a group formed in 2006 by artistic directors Jeni Barnard and Barney White. According to their website, the team has so far created six original shows, toured within nine countries, and performed to nearly 60,000 people. 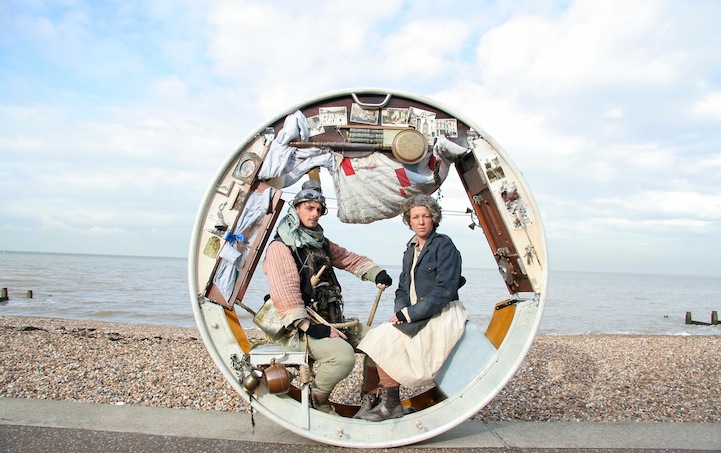 During The Wheel House act, two traveling characters dressed like hobos repetitively climb over each other, moving a portable home along a straight path to nowhere. Paired with a soundtrack, the creaking wheel inches along, allowing viewers to walk alongside and witness the artistic display. The pair stops at intervals to perform every day living activities within the tiny space. Acrojou Circus Theatre describes the piece as, "Theatrical acrobatics, comedy, and breathtaking moments of risk, all housed within an exquisite, hand-built structure." You can watch the video below to see what takes place during a live performance. 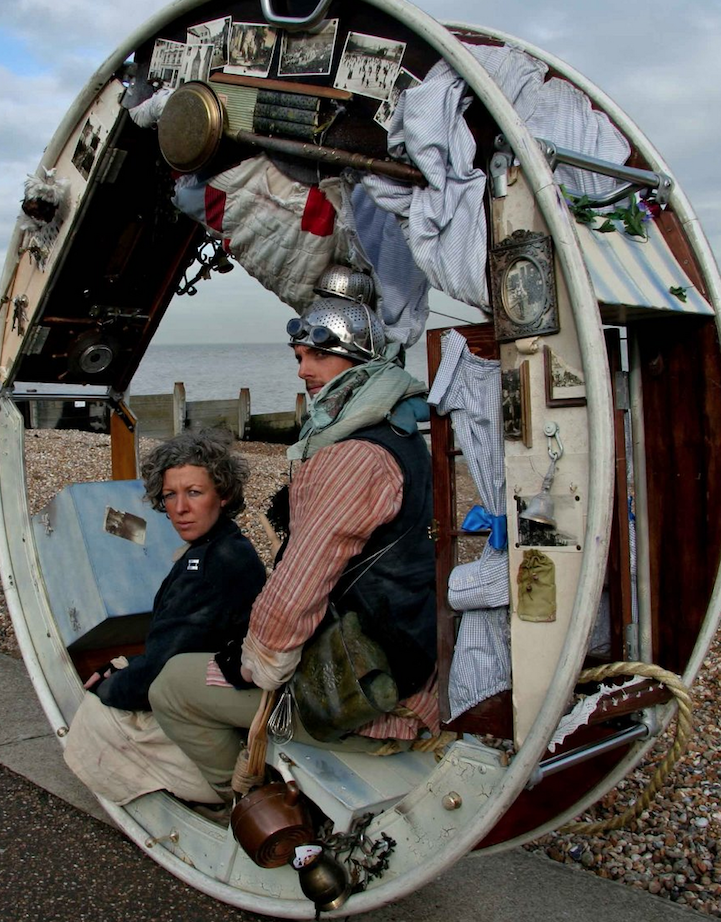 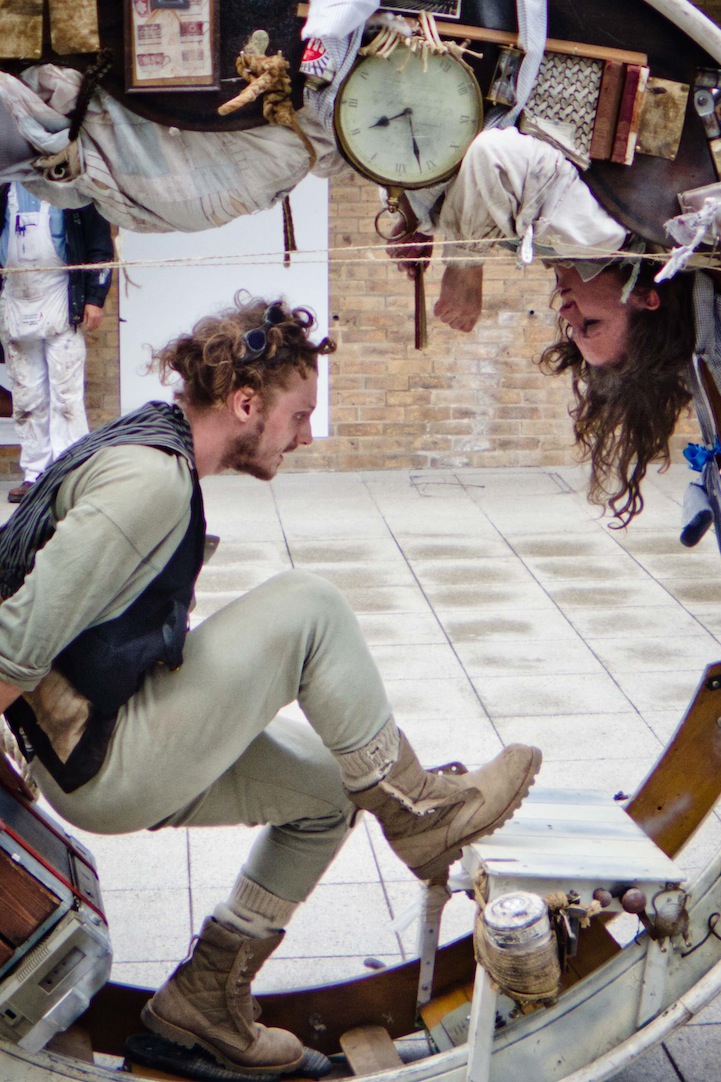 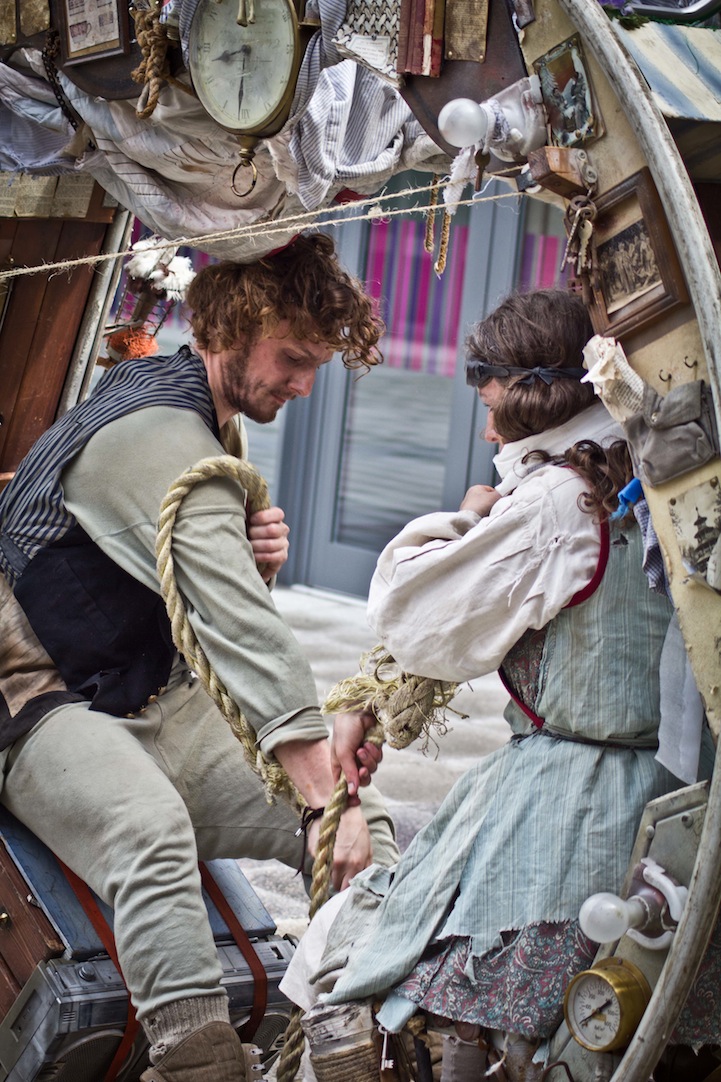 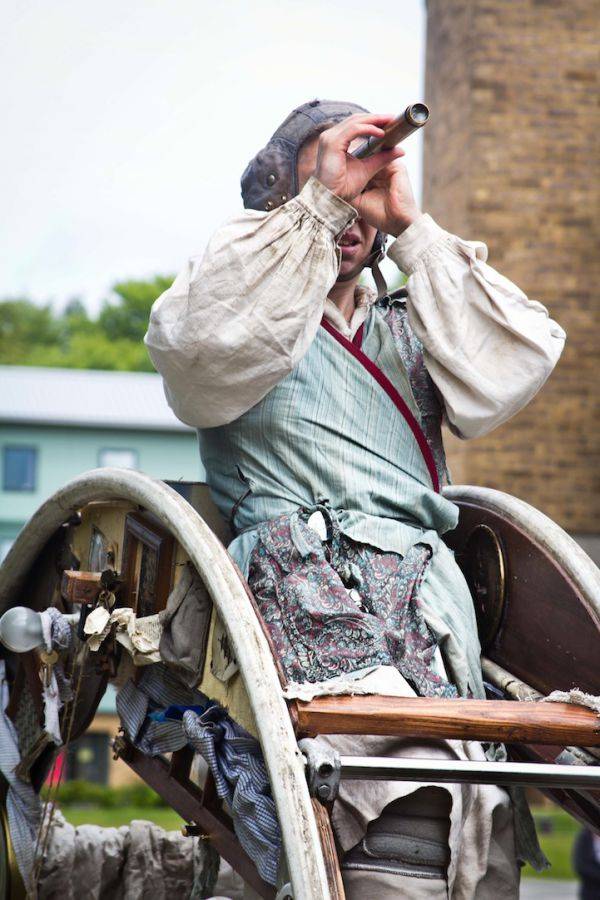 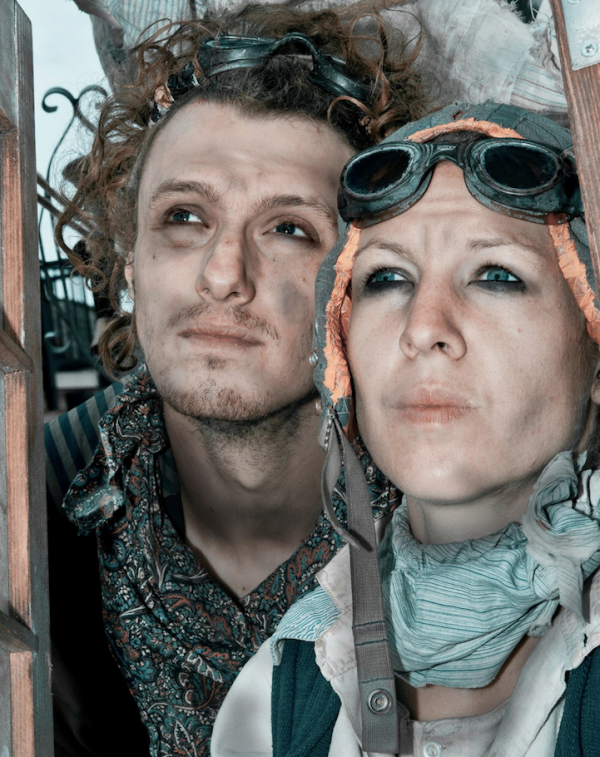