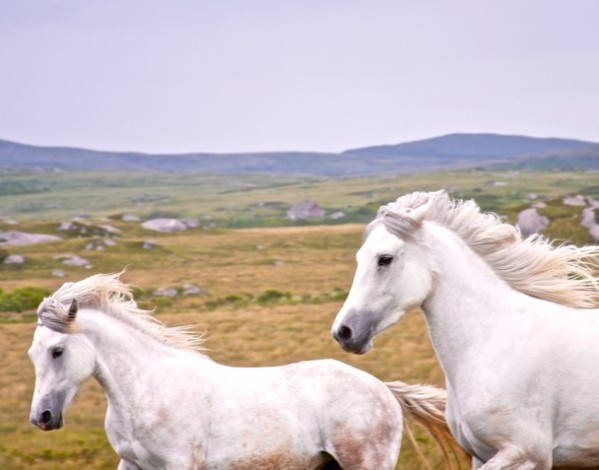 This would have to be one of our favourite finalist photographs of the entire competition! This photograph is titled Connemara Ponies at Dusk and it was captured by photographer Joshua Boyd.

Joshua explains the story behind this beautiful photo, stating: “While driving through Ireland's Connemara region at the end of a dreary rainy day, two Connemara ponies unexpectedly ran alongside our car and began to play. I slammed on the brakes and started shooting through the passenger window while the ponies put on a show as if they knew we were the only people around for miles.” 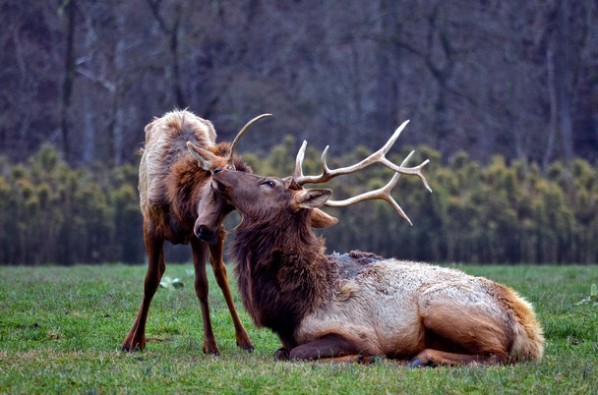 Jeff Rose includes a story about his image in the caption. He explains: “One of the wonderful things about wildlife photography is that you never know what nature may present to you. In this case it was a herd of nearly seventy elk in the Boxley Valley of Arkansas. I spent the morning photographing these incredible animals, but the highlight shown here was seeing this precious interaction between a spike yearling and majestic bull.” 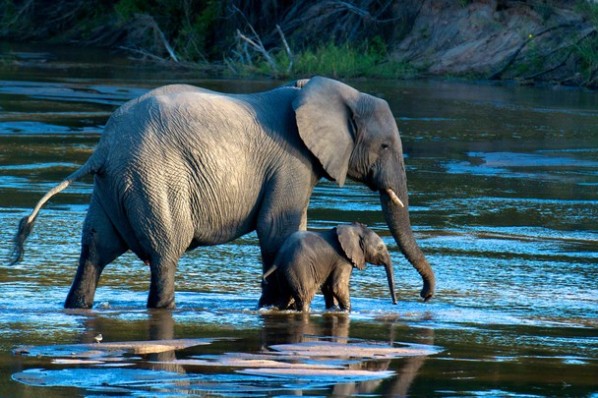 This photograph is titled Walk With Me and it was captured by photographer Doug Croft.

Doug explains the wonderful story behind his image, stating: “It was amazing to watch several family groups of elephants around the river. The little ones run around and play like puppies, but the tiny ones stay very close to their mothers. We were fortunate to capture this magical moment with mother and baby.” 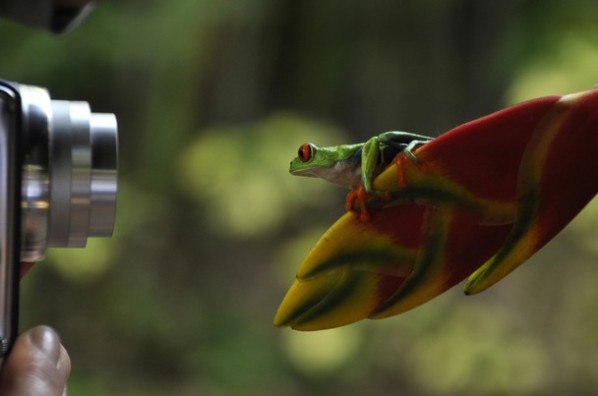 How adorable is this photograph? Captured by photographer Sally Harmon, the image, titled Tourists, shows a red-eyed tree frog as he poses for the tourists taking pictures of him.

Tree frogs are fascinating creatures with their brilliant bright coloring and large eyes. This image also emphasises just how small the little creature is – Just look at his size in relation to a camera lens! 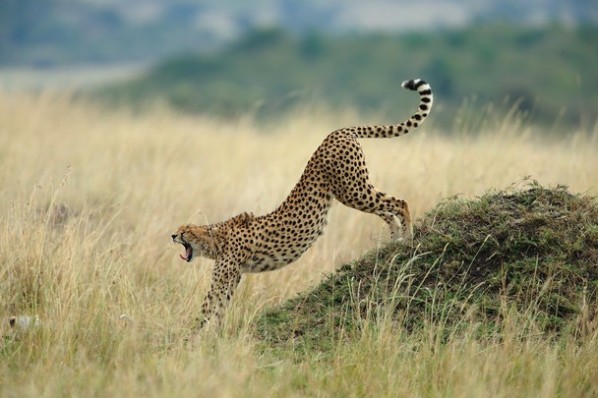 This photograph is titled Ready For Action and it was captured by Sanjeev Bhor. Taken in Masai Mara National Reserve in Kenya, the photograph features a female cheetah called Malaika as she stretches and yawns.

Her name means ‘angel’ in Swahili and prior to this photograph being taken, the cheetah had been running around and playing with her cub. We love the spontaneous nature of this photograph as it captures the cheetah going about her daily life, unaware of her human spectators.

Portrait of One Chilled out Kangaroo 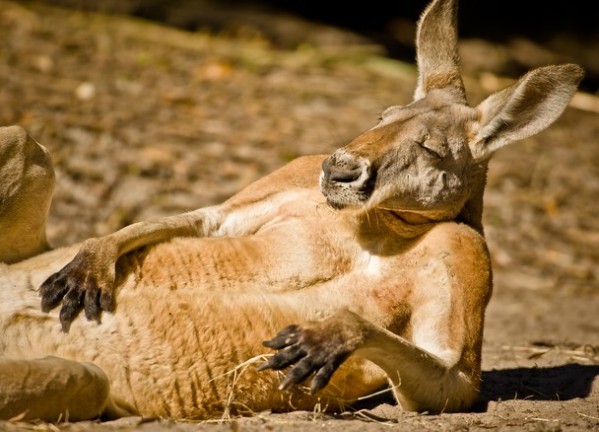 Photographer Graham McGeorge was lucky enough to stumble upon this very relaxed kangaroo enjoying the summer sun. The reclined position of this kangaroo is hilarious, and just look at the expression on his face!This kangaroo is certainly living the good life.

The photographer has included an equally as funny caption, stating: "Jeez Louise...Those cookies were good" We’ll have what he’s having please!

Another Day in Paradise 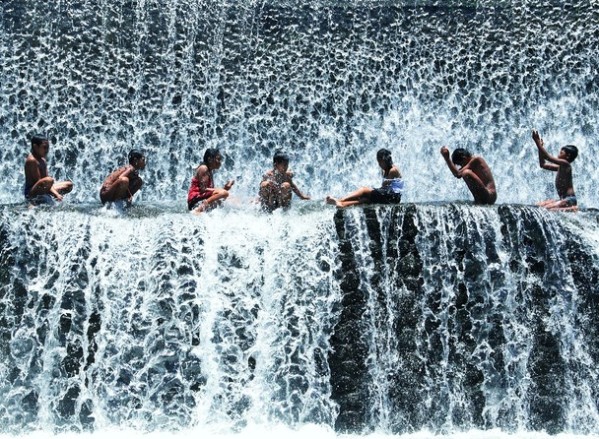 This photograph, taken by Michael Ivan Rusli, is titled Another Day In Paradise. It features seven Balinese children showering in a waterfall at Tukad Unda, Bali, Indonesia.

We think this photograph is amazing, and it truly captures the relationship between people and nature. We just hope these children are very careful not to fall! It doesn’t exactly look that safe now, does it? 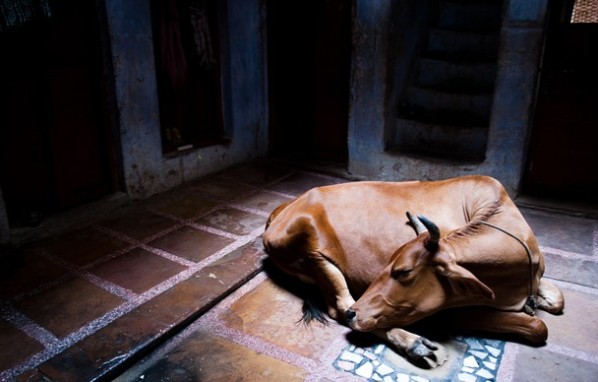 This beautiful photograph was captured by Matej Lancic and it is titled Peaceful Moment.

The photographer explains: “I was walking on Varanasi [India] streets and suddenly saw this holy cow sleeping. It was a very peaceful moment.” In Hindu culture, the cow is viewed as the source of food and symbol of life and therefore, they may never be killed. Hindus do not eat beef because of this reason, and most families have a dairy cow that they treat like a member of the family (much like many Westerners consider their dog or cat to be a part of their family)." 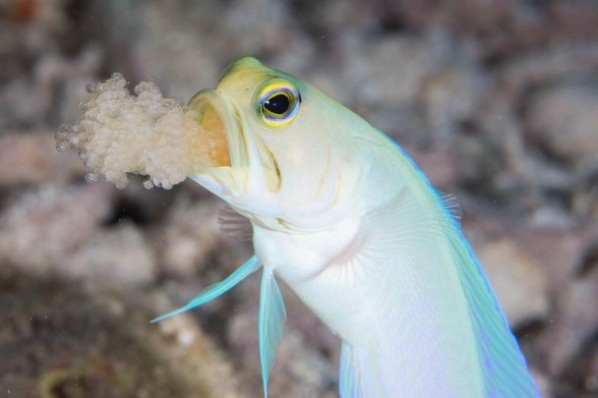 Sabrina Li captured this amazing image of a male yellow-headed jawfish aerating the young eggs he is carrying in his mouth. Fascinating, right?

These fish are found in the Carribean Sea and coral reefs. They are called a jawfish because they have an enlarged jaw and mouth. This is also a type of fish that involves the male species carrying its offspring in its mouth until the eggs hatch. 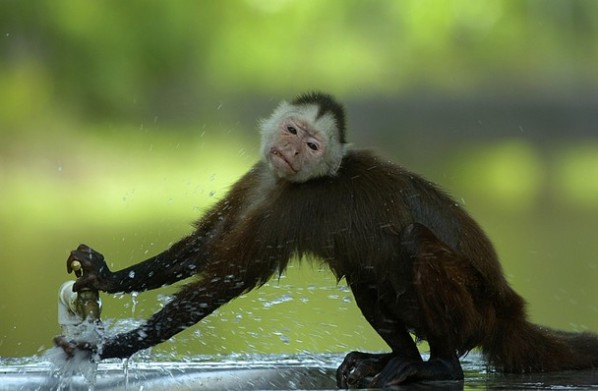 Everyone has wanted a pet monkey at some point in their lives, but this little guy might make you think twice about that! The photographer explains that the capuchin monkey is considered a demon in this park, particularly because they eat the garbage, steal food from visitors and turn on the water taps (such as the monkey featured in this photograph). They are just a little bit cute though…

Fly Cap for a Vine Snake 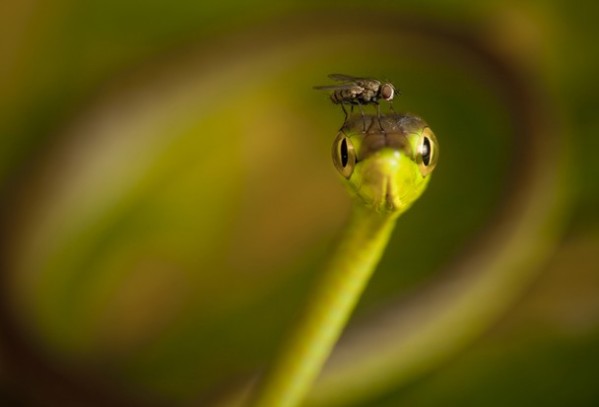 Photographer Robin Moore captured this curious vine snake in the Choco of Colombia just as a fly decided to land on the creature’s head!We especially love how the vine snake and fly is the focal point of this photograph, whereas the background remains blurred. Even if you’re not a huge fan of serpents, you have to admit, this vine snake is pretty darn cute. He doesn’t even look bothered by his new flying friend! 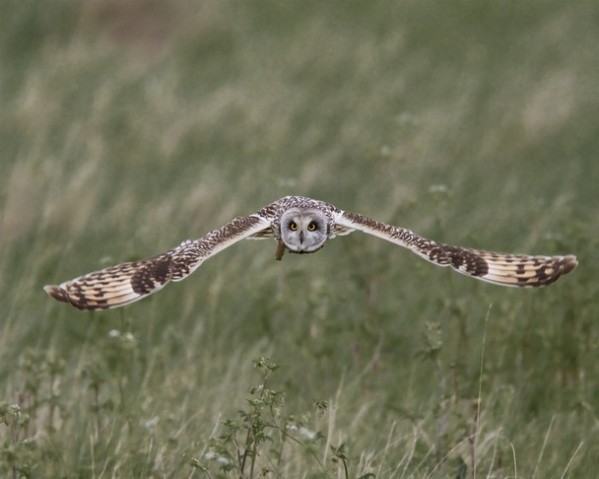 This photograph features a short eared owl in flight and it was captured by photographer John Crabb.John Crabb states that the owl was hunting over coastal marshes and almost flew straight at him!

We love how this photograph captures the bird in flight, as well as its bright yellow eyes and large wing span. There’s something about spontaneous nature photography that always leaves audiences in awe. 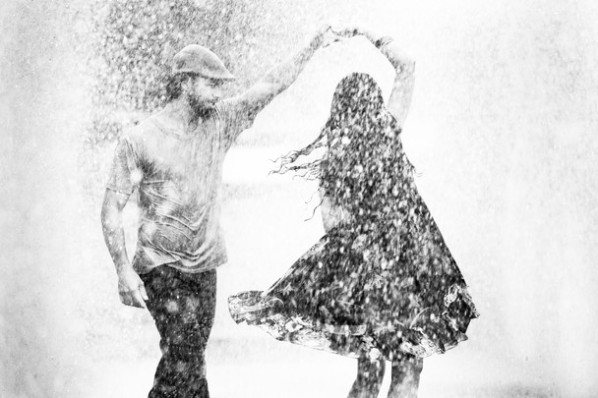 You would think a photograph as perfect as this would have been staged, right? Think again!Photographer Pedro Müller captured this couple spontaneously dancing in the rain. What a beautiful sight!

We especially love the interesting effect the raindrops have had on the photograph. This photographer really captured the playful and fun nature of this couple!

Curiosity of a Chimpanzee in Men 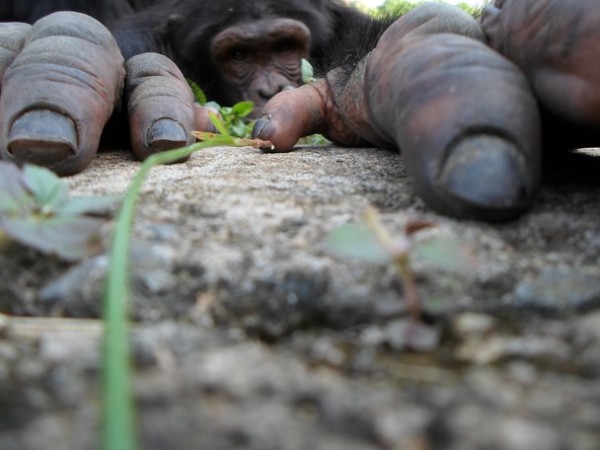 We bet you’ve never seen a photograph of a chimpanzee like this one! Photographer Suzanne Van Dalsen chose to photograph the chimp from a rather unusual, but interesting angle in order to create a very unique photo.

She states: “During my volunteer work at the Limbe wild life center in Cameroon, a sanctuary for primates, this chimpanzee took my interest. He was having a playful peek at us from underneath the fence while we were working at the enclosure.”

Another Perspective of the Day 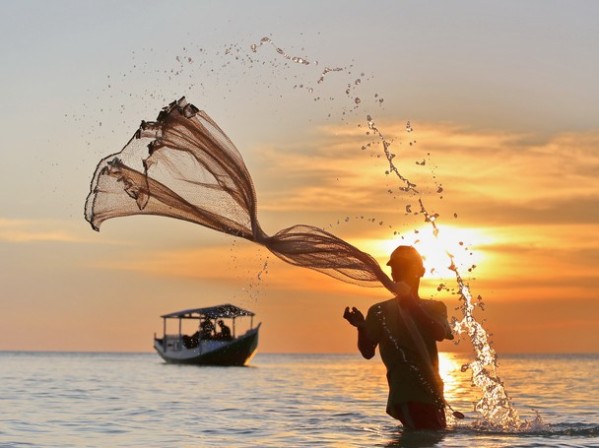 This beautiful and spontaneous photograph was captured by Dody Kusuma, and it is titled Another Perspective Of The Day. The photograph features a fisherman at Bira Beach, as well as a gorgeous sunset.We love the tranquillity of this photograph, as well as the perfectly candid moment in which the photographer captured the fisherman throwing his net into the water.

Email ThisBlogThis!Share to TwitterShare to FacebookShare to Pinterest
Labels: Photography