Pictures of the Biggest Foods on Earth 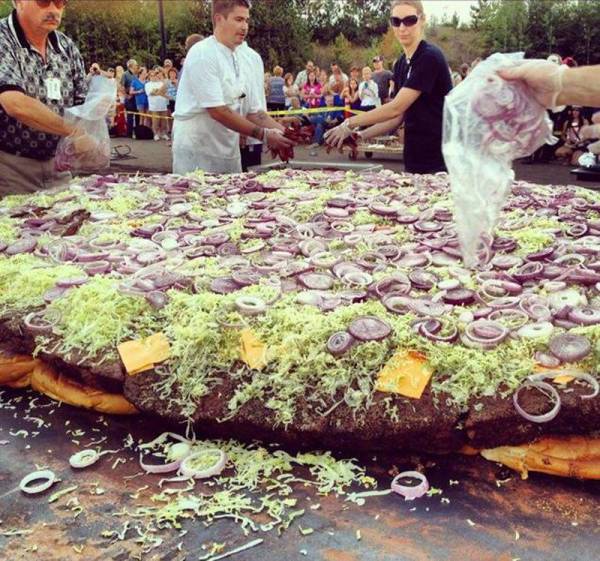 This 1 ton cheeseburger has bacon, lettuce, and onions and will be debuting on Wendy's menu next Fall. 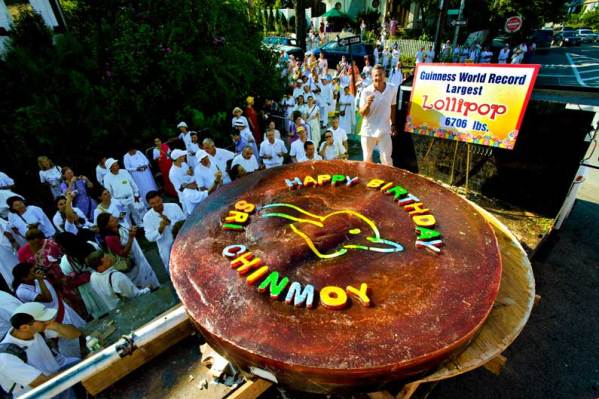 How many licks does it take to get to the center of a 6,706 pound lollipop? We're going to guess no one got the chance to find that out with this beast of a lolli. 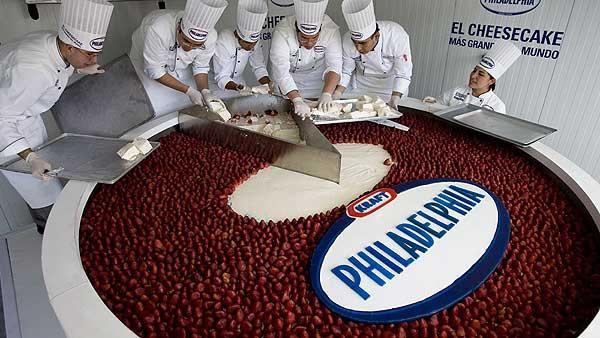 Philadelphia took some time to set a Guiness World Record, get some good publicity, and add to the national obesity epidemic. The over 700 pounds of pastry and 500 pounds of sugar yielded over 20,000 slices of cake. 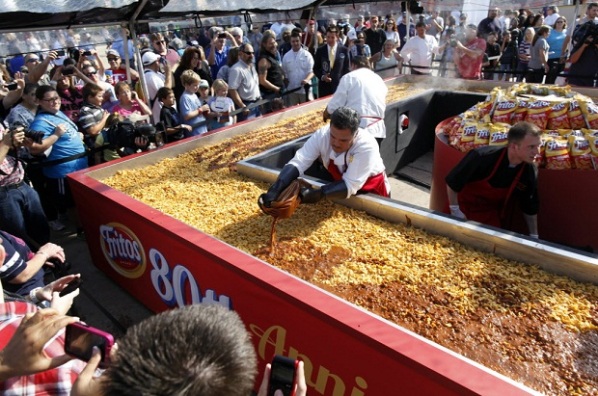 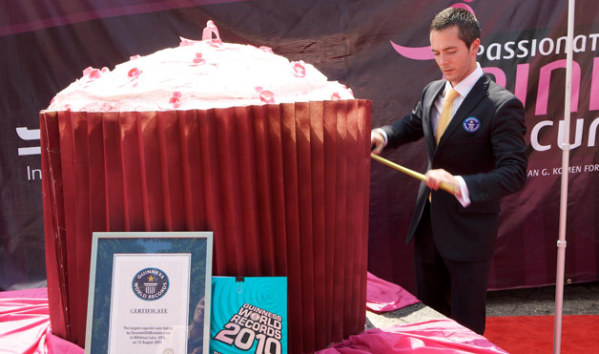 This cupcake is a sweet tooth's dream and a Diabetic's nightmare. With all of these huge foods we find ourselves wondering whether the whole thing gets eaten or melts in the sun. It took over 1,000 eggs to make this but its 2,000,000 calorie count will cause instant sugar overdose. 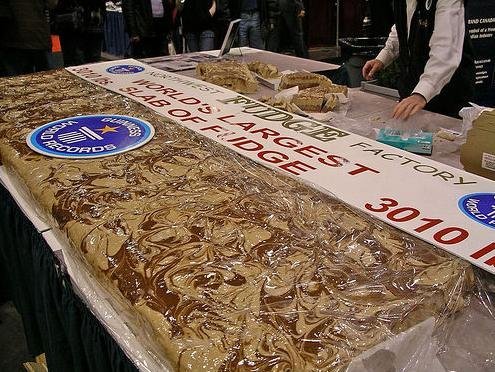 We think that fudge is very rich and tasty, but that much fudge gives us constipation just from looking at it. Imagine what all 3,010 pounds would do to your digestion. 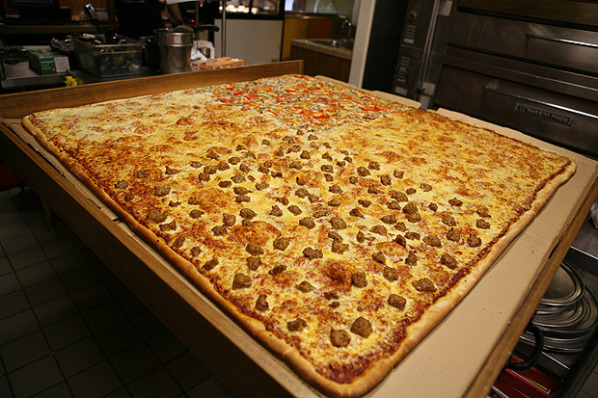 When the big man upstairs gets hungry, someone has got to fill the order. He even split the toppings up so the son and the holy spirit could eat their portions of the 54" square 'Za. 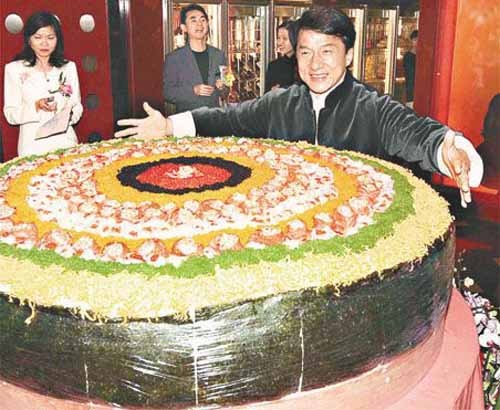 It is only appropriate that the world's largest sushi is in a picture with the world's biggest action star Jackie Chan. Someone should make sure he knows its 1.5 tons of raw fish before he bites in. Gross. 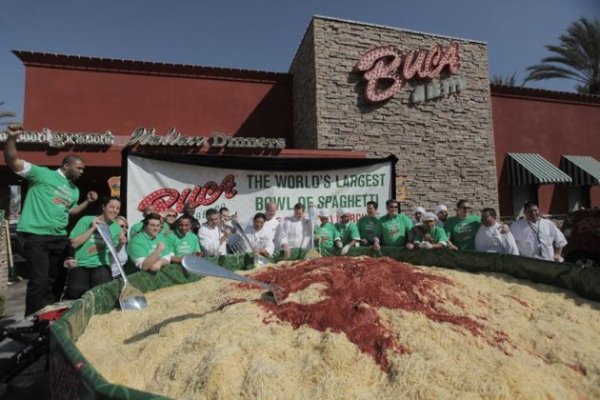 We have no idea what became of this 13,786 pound spaghetti bowl after a few hours in the sun, but it couldn't have been good. Some world records weren't meant to be eaten. 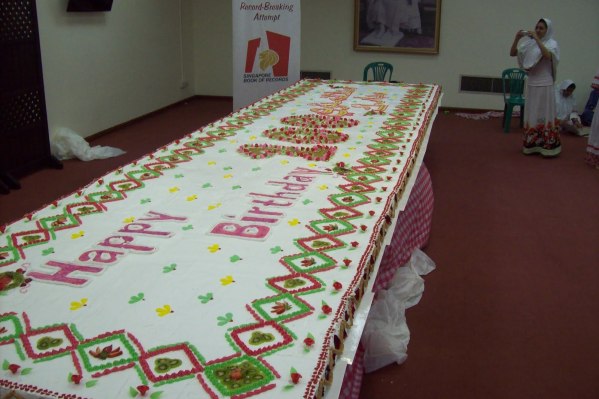 We can see this becoming the new trend in Sweet Sixteen Birthday parties. After daddy will shell out thousands for tigers, dancers, and musicians, what is a 15,000 pound, room-sized cake? 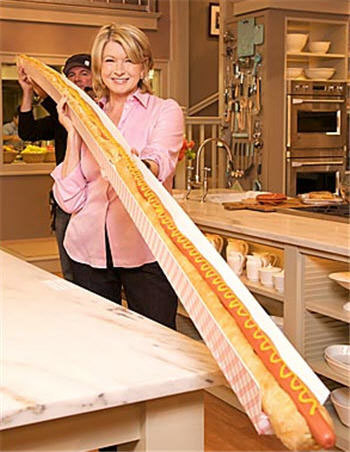 Pictured: Martha Stewart's idea for a low cost, easy to transport food that can cure world hunger. While this is a huge hot dog, the record is a 1,996 foot dog made by Sara Lee. 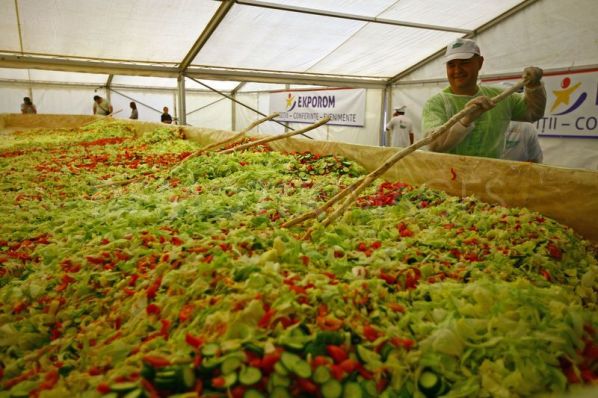 This Romanian masterpiece is a vegan's dream. Weighing in at 19 tons, the salad was eaten by tourists, locals, and bugs. 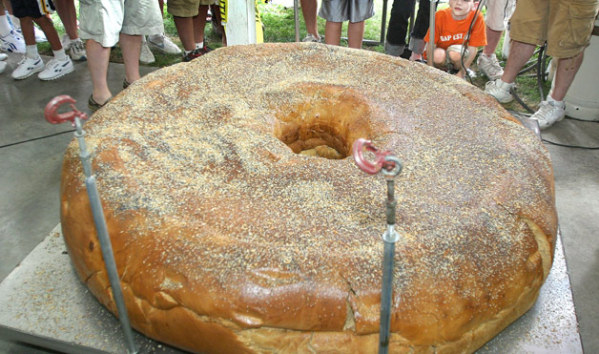 I hope that whoever ordered this bagel likes them plain because I don't think we're going to be able to find enough cream cheese for this Godzilla bagel. Weighing in at 868 pounds, 20 inches thick and 6 feet wide this is one huge glob of dough. 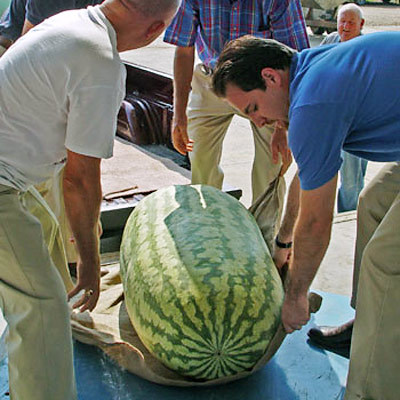 This 268 pound watermelon not only looks like Hey Arnold's head, it might be proof that James and the Giant Peach wasn't fiction 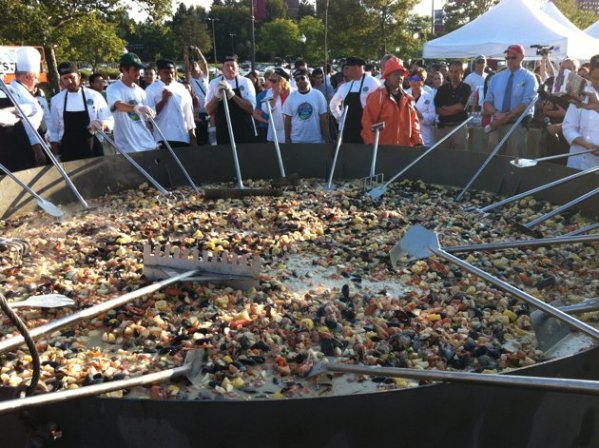