The Banpo Bridge in Seoul


The Banpo Bridge is a major bridge in downtown Seoul over the Han River, South Korea, connecting the Seocho and Yongsan districts. The Banpo Bridge is on top of Jamsu Bridge, forming a "double deck" bridge. During periods of high rainfall, the Jamsu Bridge is designed to submerge as the water level of the river rises, as the lower deck lies close to the waterline.

This deck incorporates pedestrian and bicycle paths that provide easy access to the Banpo Hangang Park from the north side of the river. Banpo Bridge is a girder bridge and was completed in 1982.

Bridge BANGO (Banpo), which connects the river Han in the past did not differ from the other bridges, was turned into a remarkable fountain in 2008.

On the right and left sides of the roadway of the bridge from the water-spray nozzles each special moment back into the river with colorful streams poured 190 tons of water, which, however, in no way interferes with traffic. 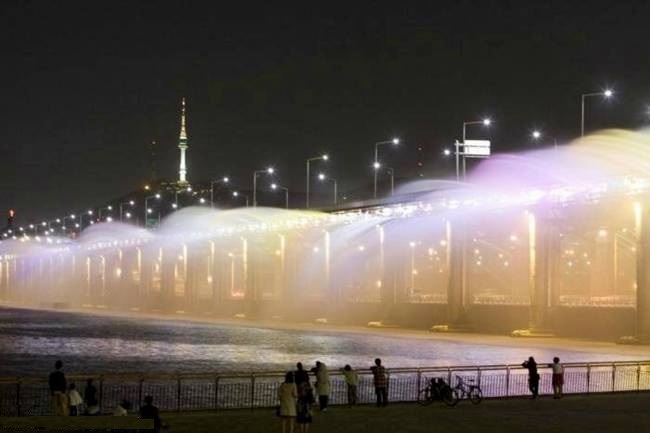 Results on the sides of the bridge, which has a length of 1.4 kilometers, is encased 9380 nozzles for spraying water. Water is pumped from the river by a pump. It seems that the bridge a fountain height of 60 m 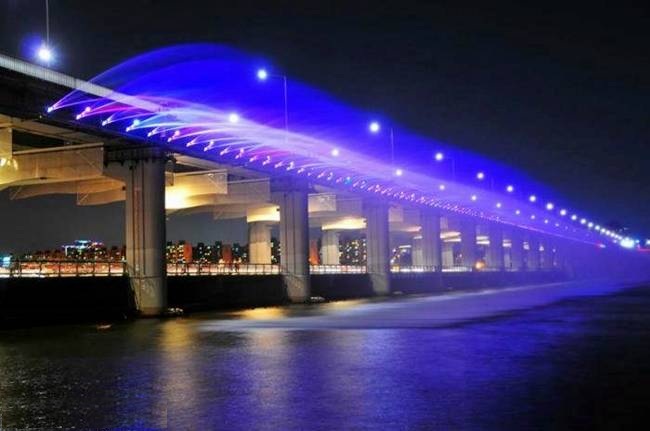 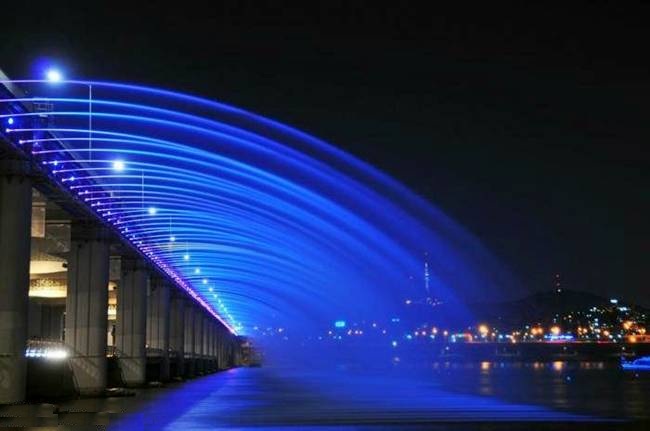 Private jets of water moving in waves, one by one or together. Depending on what the effect must be obtained, the LEDs were stained water at one time or another color in accordance with the sounding music. 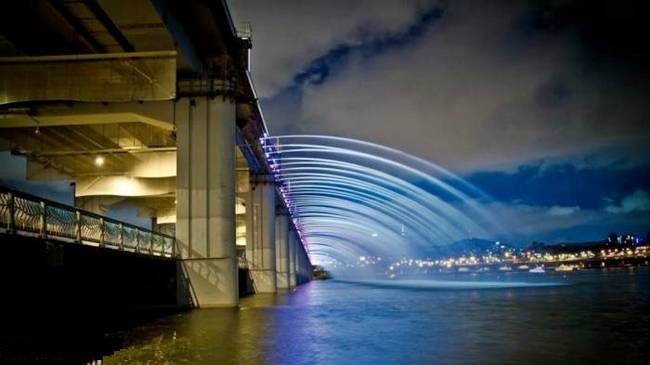 Thus, a combination of water, light and music spectacular go dancing. And while the fountain is working during the day, watch this show, of course, is better in the evening or at night. 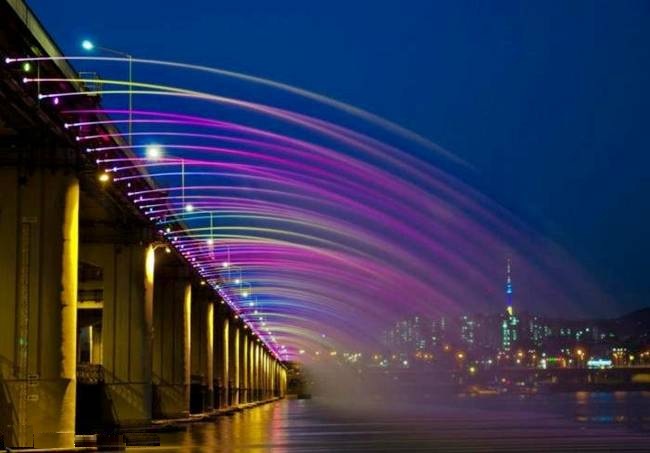 The miracle was coined specifically to attract to South Korea more tourists. And not in vain. Tourists had to show to their liking. Very quickly the bridge, the fountain has become the most popular tourist attraction. 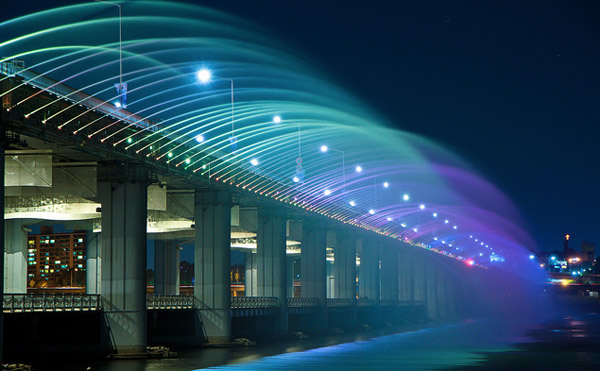 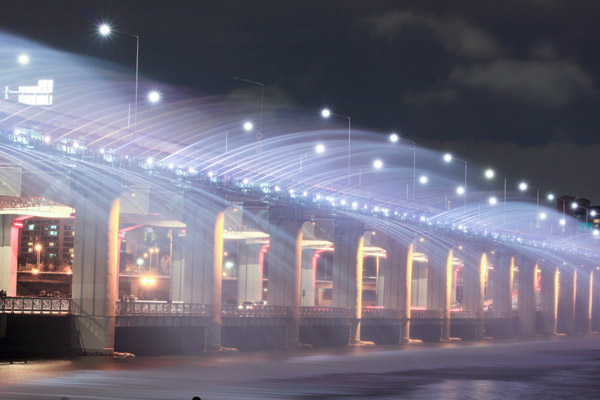 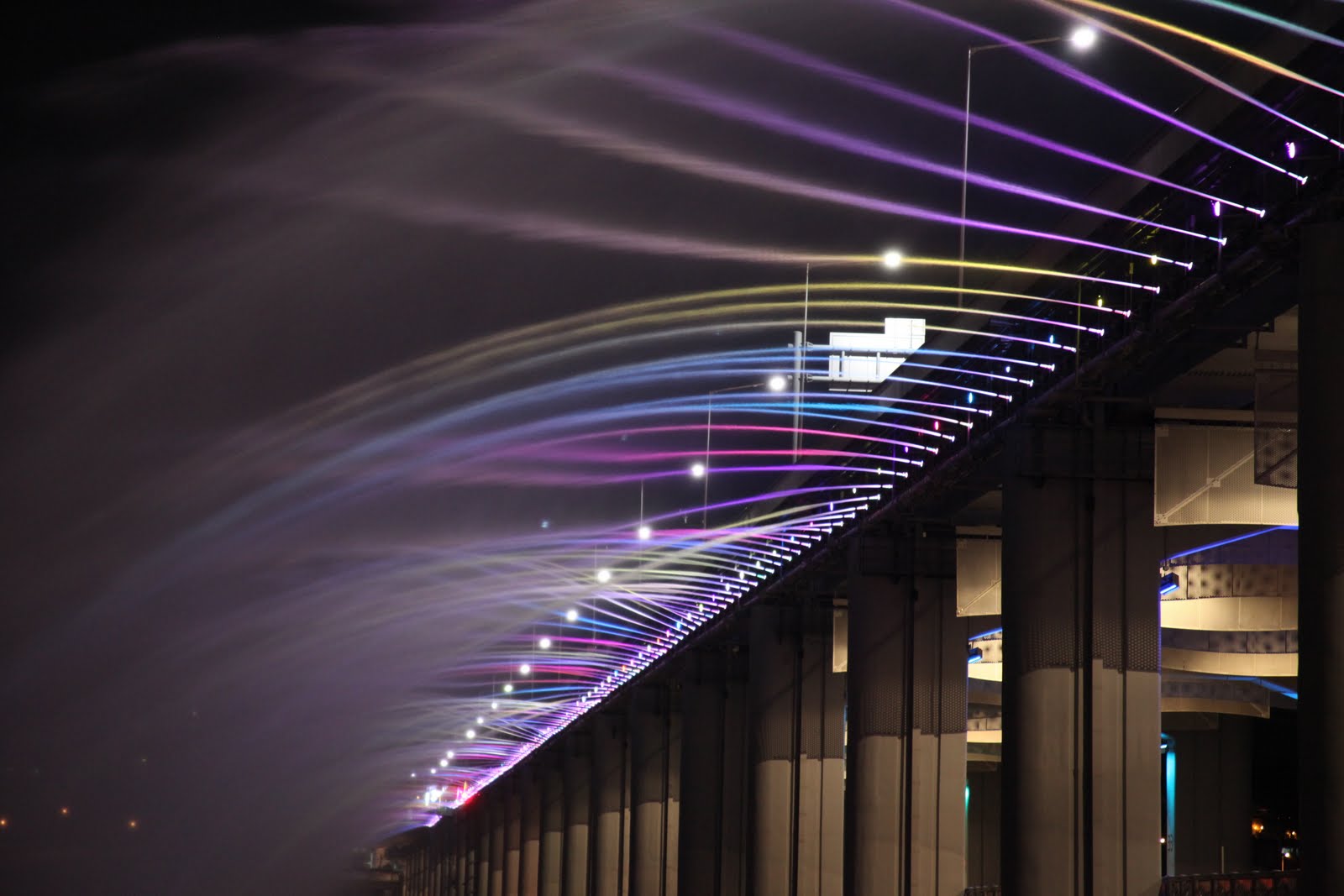 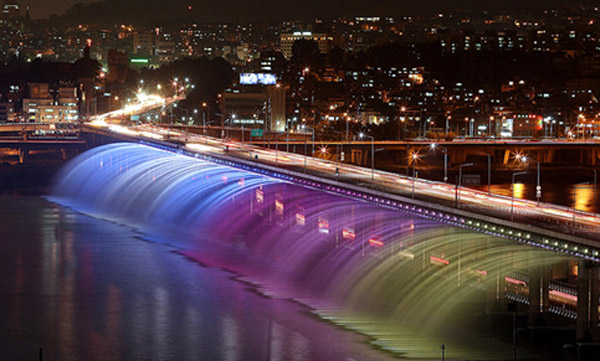 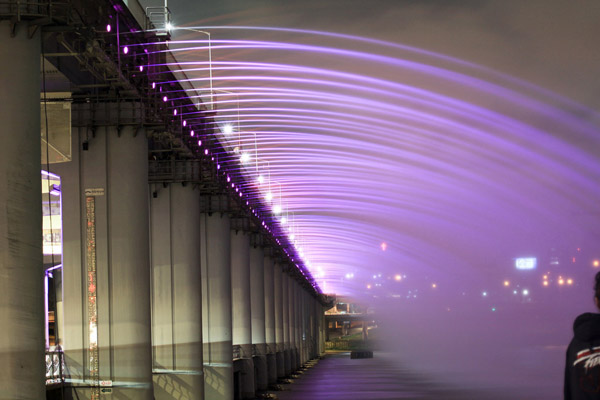 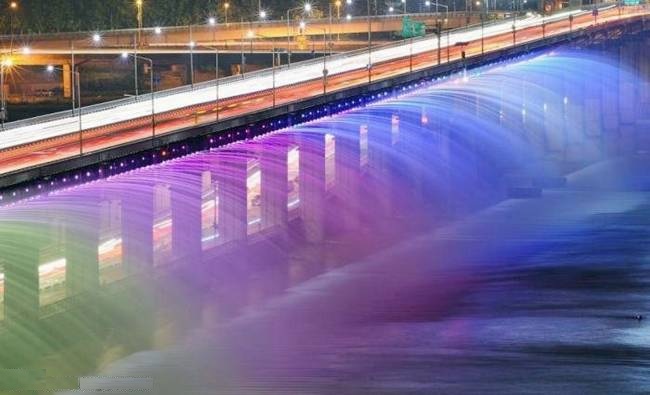 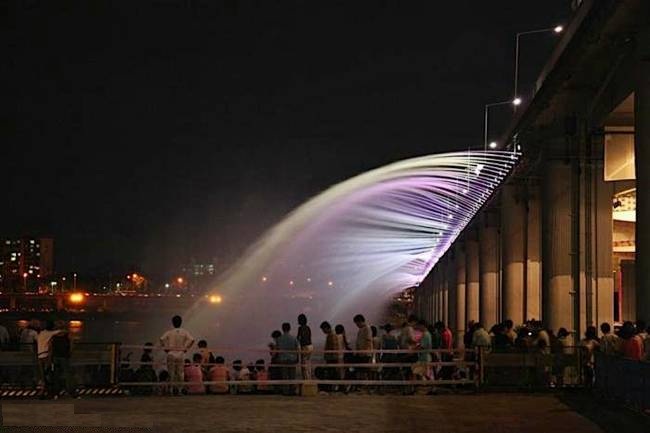 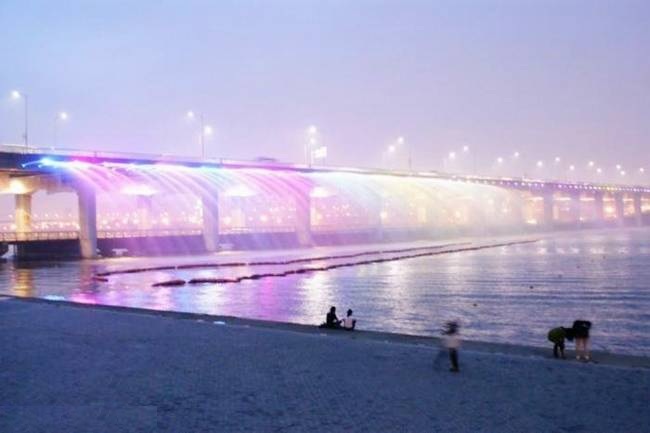