Famous Faces In The Crowd


At first glance these celebrity portraits appear to have been created from aerial photographs of dozens of people.

But a closer examination of this series, by Atlanta-based artist Craig Alan, reveals that the tiny figures were actually painted into place. Mr Alan, 40, has created paintings of Marilyn Monroe, Audrey Hepburn and Elvis Presley, as well as the Statue of Liberty, with his realist technique.

The intricate paintings are predominantly black-and-white, with just a flash of red in the lips of the Monroe and Hepburn pieces. His painstaking efforts are well-rewarded though - a single piece from the 'Populous' series can sell for up to $50,000. The artist says he first came up with the idea after after taking photos of the street from the sixth floor of an apartment block. 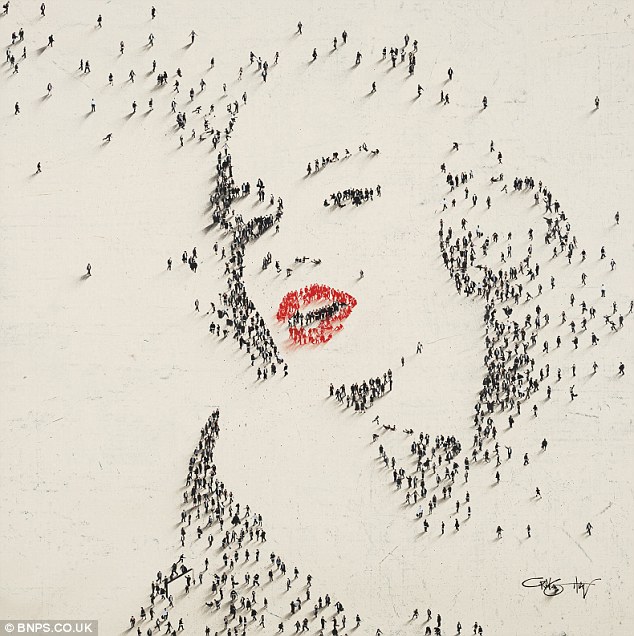 Small people, big star: This portrait of Marilyn Monroe by Atlanta-based artist Craig Alan may look like an aerial photo, but is actually created with dozens of tiny painted figures. 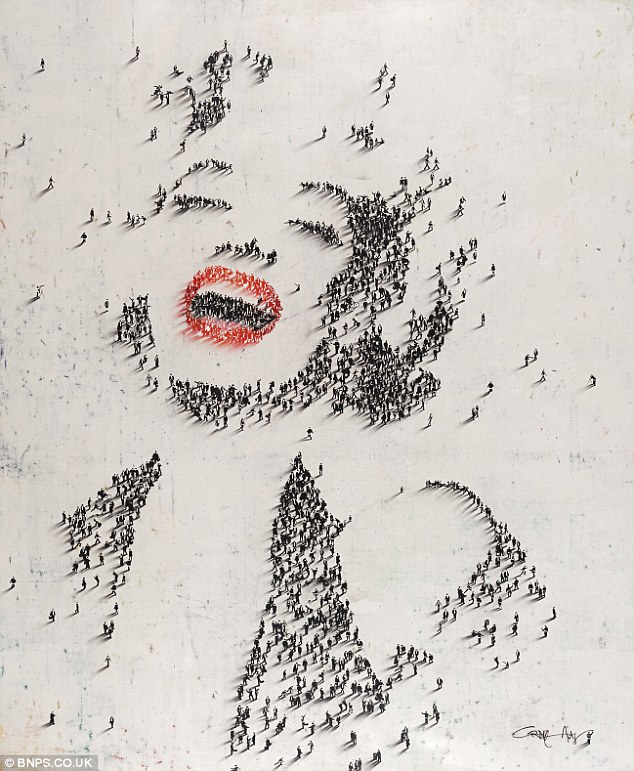 Flight of fancy: Mr Alan's series, which includes a second piece featuring Monroe, was inspired by some photographs he had been taking from a sixth-floor balcony. 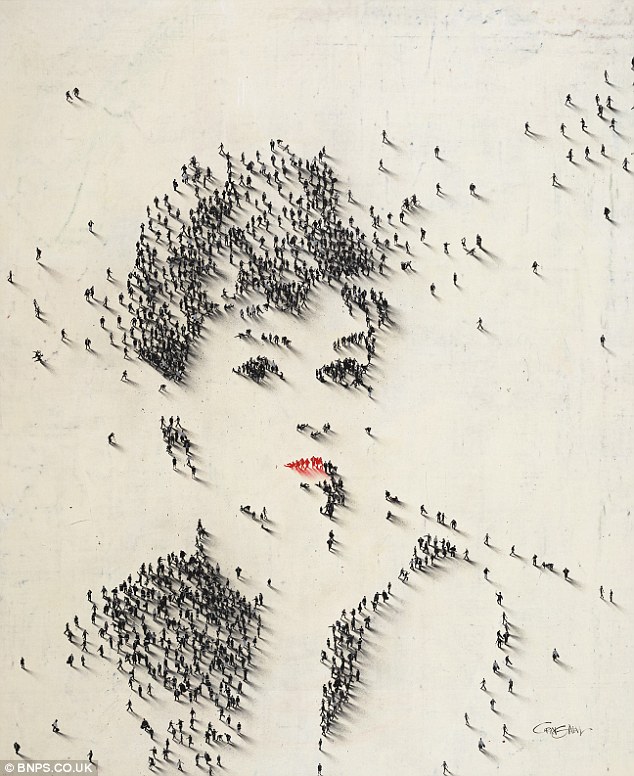 High art: Audrey Hepburn is among the stars featured in the portraits, which can sell for up to $50,000. 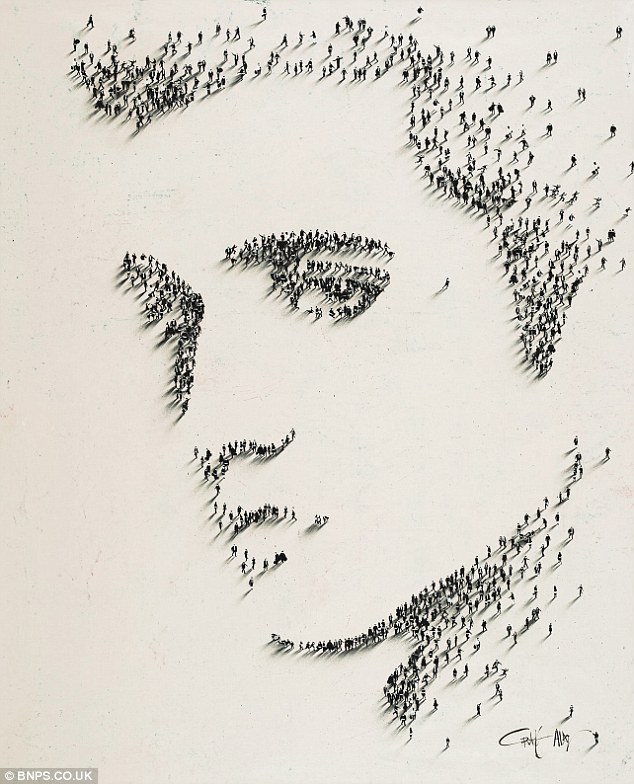 Devil in the detail :The Elvis Presley piece shows the late music legend's face recreated with hundreds of tiny figures. Each has its own shadow making the photographic effect even more convincing. 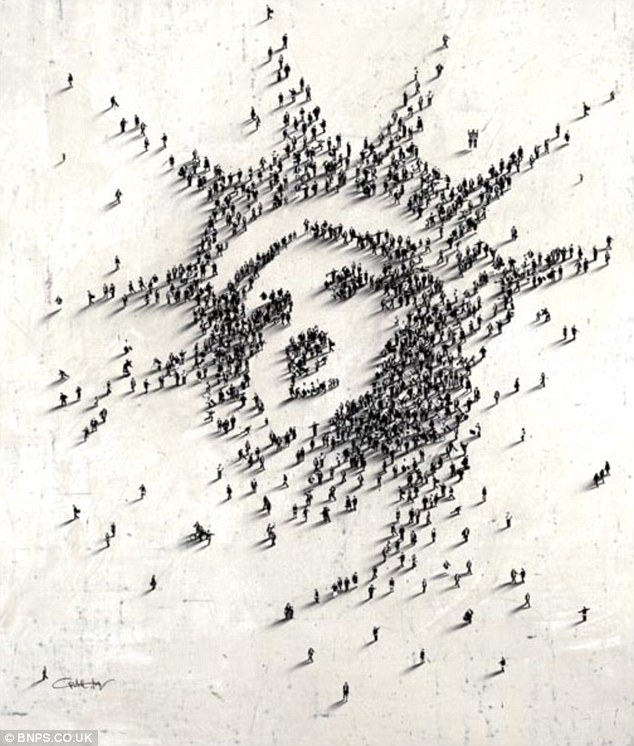