The Long Shadow of Mount Rainier


Here in Boulder we get magnificent sunsets, especially in the summer when the clouds interplay with the mountains to the west. But I have never seen anything like this, the shadow of Washington state’s Mt. Rainier cast along the clouds at sunrise.

That’s amazing. Mt. Rainier is a volcano, climbing to a height of over 14,411 feet or 4392 meters. There are no other mountains anywhere near that height nearby, so it’s really prominent in the landscape (by comparison, there are several fourteeners, as they’re called, in the Rockies, so they don’t stick out as much though they’re still breathtaking). The rising Sun catches the peak, and the shadow is cast on the underside of the cloud layer. The dramatic sunrise colors really make this an incredibly beautiful shot. 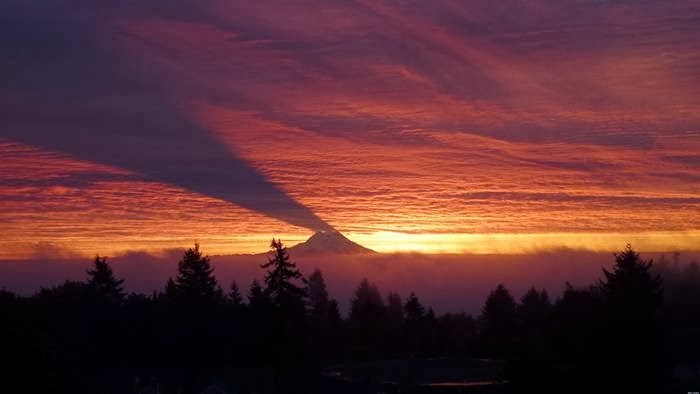 It is the most topographically prominent mountain in the contiguous United States and the Cascade Volcanic Arc. Mt. Rainier is considered one of the most dangerous volcanoes in the world, and it is on the Decade Volcano list. Because of its large amount of glacial ice, Mt. Rainier could potentially produce massive lahars that would threaten the whole Puyallup River valley. 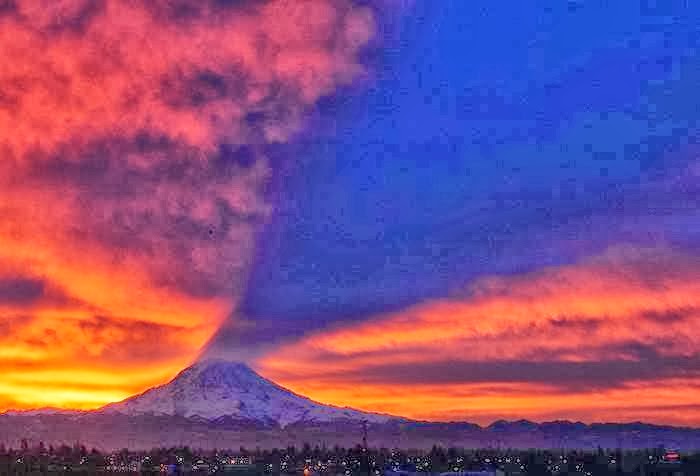 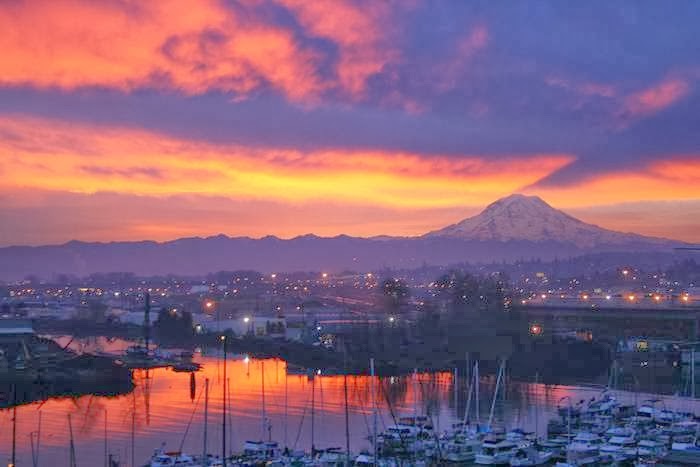 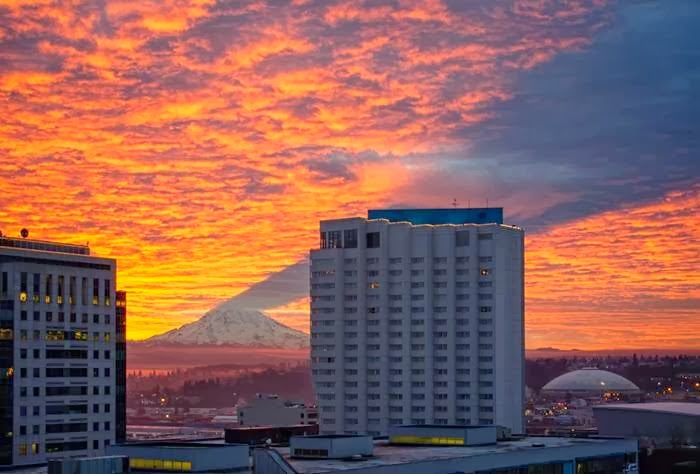 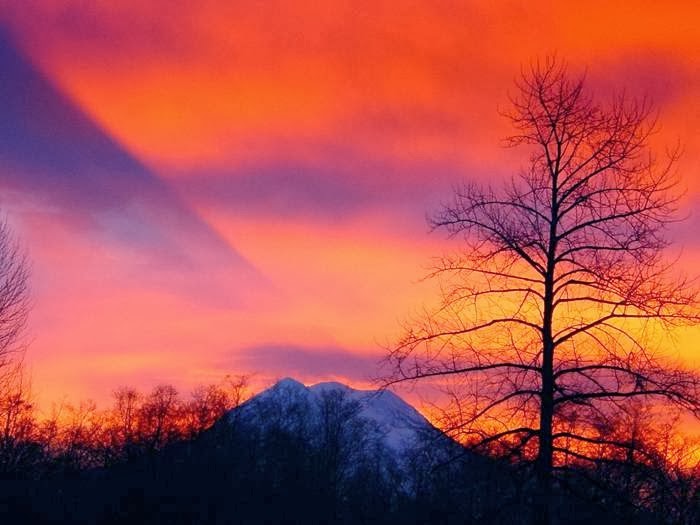 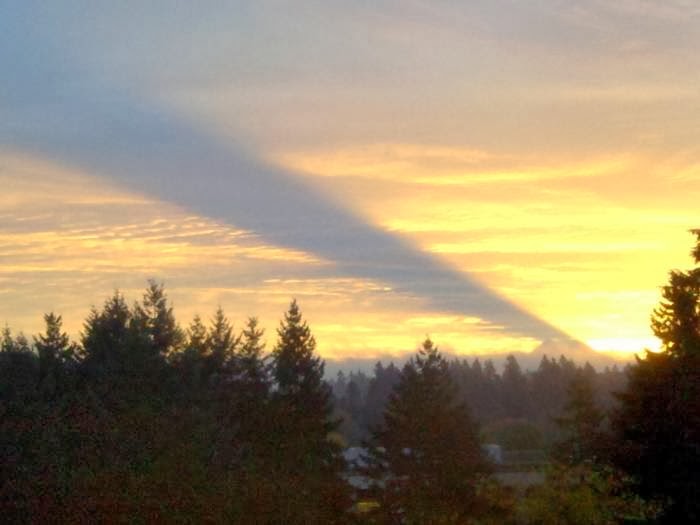 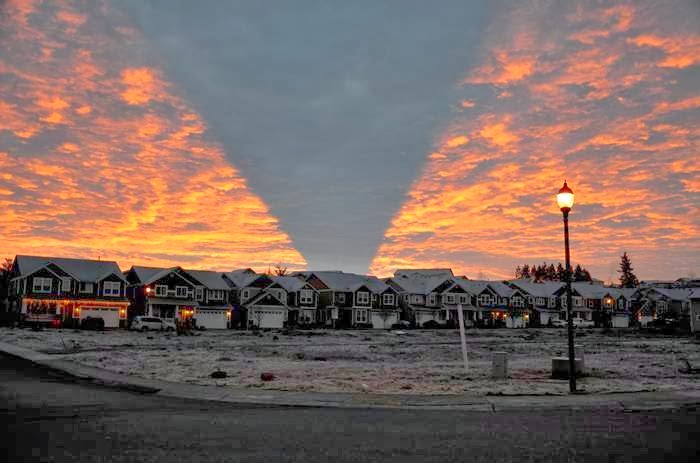 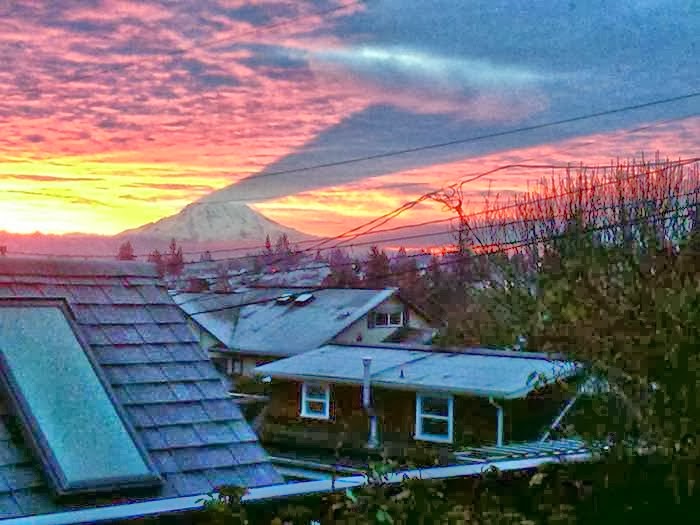 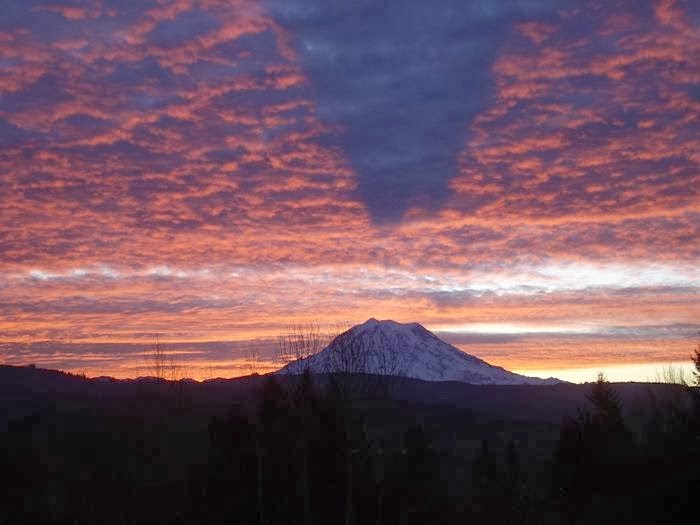 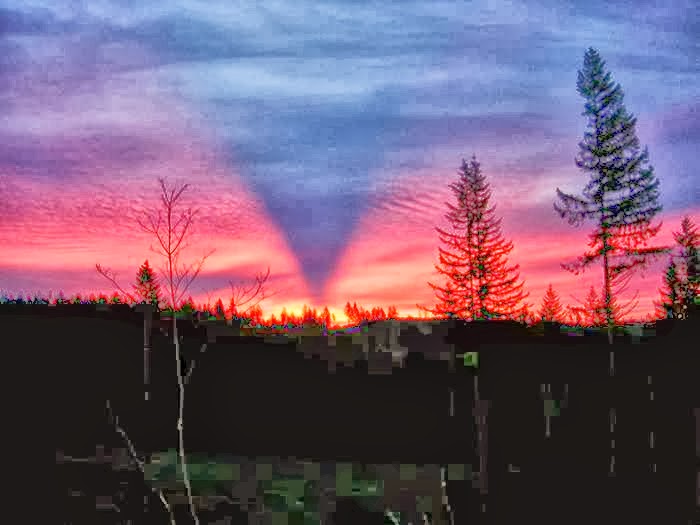